Introducing "Starting from Nothing" - The Foundation Podcast

LIVE EPISODES:   To get started, we released three killer episodes with people who've built businesses from nothing.  Check 'em out:

Episode 2: Uncover Your Psychological Roadblocks And Launch Your Ideas - With Peter Shallard, The Shrink for Entrepreneurs

Episode 3: How To Start A Business Without Ever Feeling Fear - With Hiten Shah, founder of KissMetrics and CrazyEgg

Episode 4:  Starting a Business?  Stop Wasting Your Time Coming Up With A Unique Idea And Strategy - With Derek Halpern, Founder of Social Triggers

(Let us know what you like and what you don't like so we can modify future episodes to help you the most.)

CONTEST DETAILS: On Thursday of this week, we will be announcing a contest for you to win a $10,000 ticket to Eben Pagan's high end Accelerate conference at the end of the summer.

To enter early, all you have to do is subscribe to our podcast on iTunes, leave us an honest review after watching an episode or two and then email podcast@thefoundation.com letting us know you completed both.

We'll verify those actions were taken and one lucky winner will be chosen on July 3rd. Good luck!!

Subscribing to and Commenting on Podcasts in iTunes

(If you don’t have an Apple ID, you’ll see the option to create one after clicking “Sign In”.)

3.  Next, click the search bar in the upper right corner and type in “Starting from Nothing” - then press enter.

4.  Click the large Starting from Nothing logo in the middle of the page under the heading “Podcasts”. 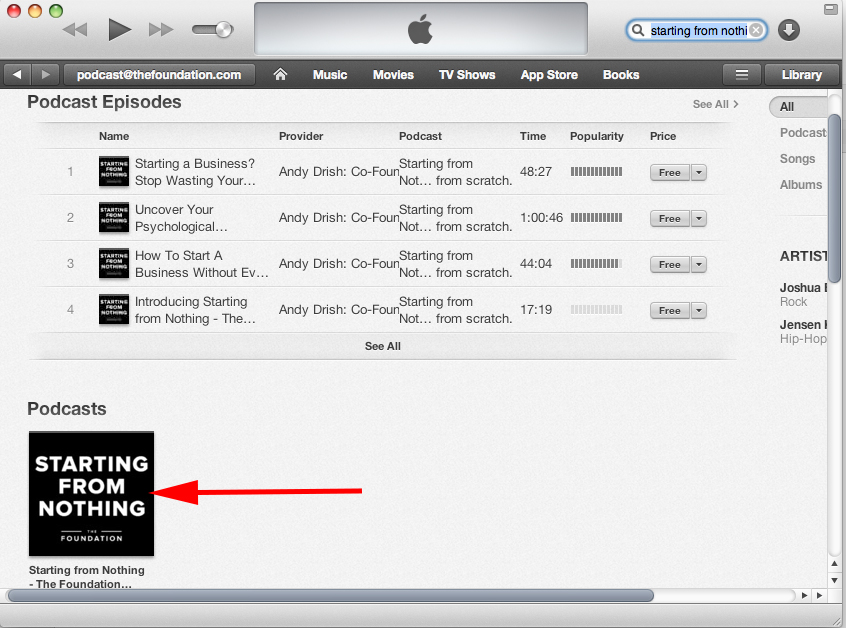 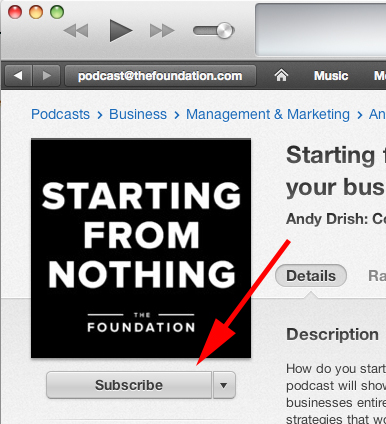 6.  To leave a review, click “Ratings and Reviews” in the middle of the show’s page. It’s in between “Details” and “Related”. 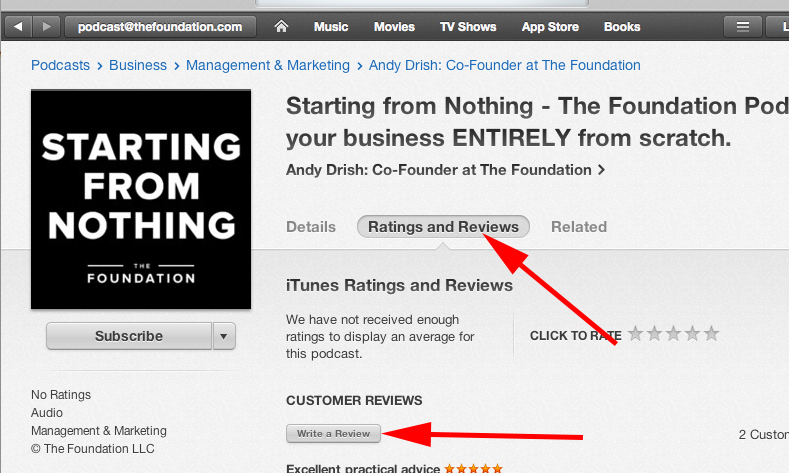 7.  Click the “Write a Review” button halfway down the page under Customer Reviews. 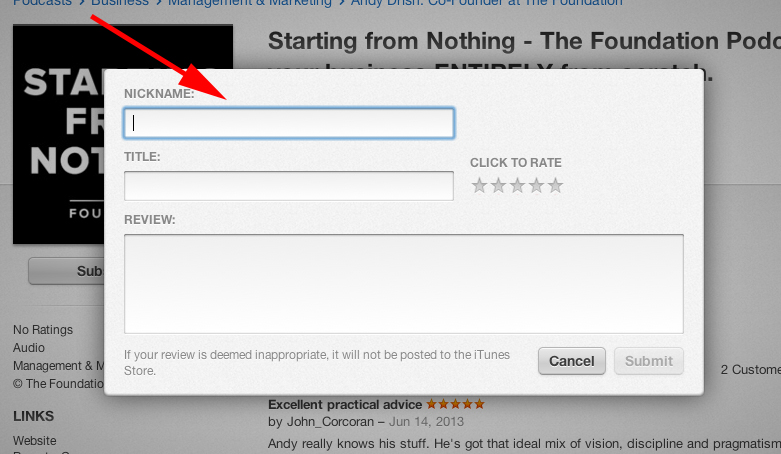 9.  FINALLY - email podcast@thefoundation.com with the subject “Eben Pagan Contest” and let us know you subscribed and left a review in iTunes.

Need Help Getting Started In Business?

Which of these best describes you?

Listen to these podcasts to get you started with your business

Enter Your Email To Receive "The 6 Steps To Freedom" eBook

Almost there! Please enter your E-mail below to get your free access to the summit

ENTER YOUR EMAIL ADDRESS
TO SAVE YOUR SPOT

See How Product Ideas Are Found!

Relax into the mindset you need to be successful… Learn how to pick profitable markets... How to find ideas… etc…